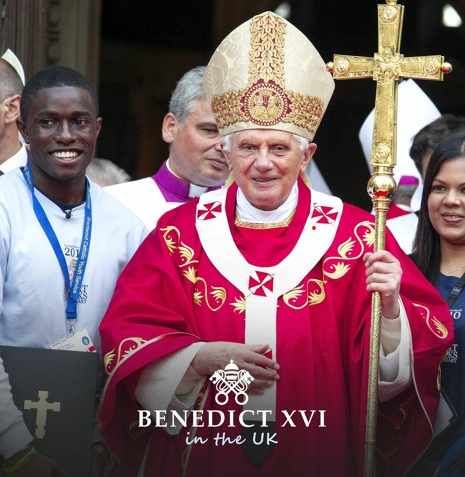 Pope Benedict XVI visited England and Scotland on a four-day Papal state visit from 16 – 19 September 2010. He flew firstly to Scotland where he was received by Her Majesty The Queen. Later he celebrated a public Mass at Bellahouston Park in Glasgow. In England, amongst other things, Benedict XVI made a speech to British civil society at Westminster Hall, met with the leaders of other Christian traditions, took part in a service of Evening Prayer with the Archbishop of Canterbury, led a prayer vigil, met with leaders and people of other faiths and beatified the nineteenth century theologian and educationalist Blessed John Henry Newman. These podcasts are a collection of speeches, homilies and other addresses from the historic state Papal Visit. During September the Catholic Bishops’ Conference played the podcasts of the major speeches on their anniversary dates at the same time as they happened. You can listen again below.

A total of 23 encounters are available on:

intro piece with short clips from the pieces.

Full SoundCloud playlist where the tracks will appear on a ‘real time plus ten years’ basis: