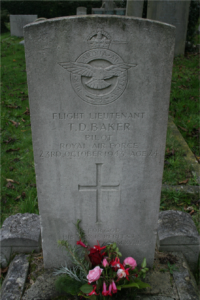 What should we write on our war memorials? To the glorious dead? Greater love hath no man? For the fallen? For all the dead of war? We will remember them? The ‘Dulce et decorum est’ approach (“How sweet and worthy to die for the Fatherland”) died with Wilfred Owen 103 years ago. There was nothing ‘glorious’ about trench warfare on the Western Front, for all the courage and camaraderie of so many brave souls.

Does the implied identification of the dead fighter with Jesus on the Cross (the “greater love …”) always go too far, then? It would be strange to be unmoved by the self-sacrifice of those who fought Nazism eight decades ago. But what of those who died in imperial wars of conquest? What of those sent to war – through no fault of their own – on a false prospectus? Perhaps it helps that the English have as patron St. George, a Graeco-Roman-Palestinian soldier (probably) martyred for his refusal to offer sacrifice to the emperor. He cannot be wrapped uncritically in any national ensign, for all that he became the symbol of a Crusader God at war with Islam.

In Flanders field the poppies grow … on grave of friend and grave of foe. So is remembrance reserved for our own or offered to all? Is it grounded in gratitude or in horror, lest we forget the cruelties of fighting and the political failure war represents? The Popes of the twentieth century became increasingly critical of the resort to arms. Beyond papal appeals for peace in both World Wars, Paul VI taught that “development is the new name for peace”. John Paul II described warfare as “a road to nowhere” and as “unworthy of human beings”. Pope Francis has been eloquent about the despicable waste of resources involved in the arms race (and condemned the possession of nuclear weapons): “No to war! May the anguished cry of the many innocents not go unheeded. Let us urge leaders of nations to defuse the causes of war: the lust for power and money, the greed of arms’ dealers, personal interests and vendettas for past wrongs. We need a greater commitment to eradicating the underlying causes of conflicts: poverty, injustice and inequality, the exploitation of and contempt for human life.” (at Assisi, 2016)

So, yes, thank God for Remembrance Sunday – for its call to quiet prayer and solemn reflection; for a grateful honouring of human resilience and courage; for our daring to feel once again the pain of lives lost or broken; and for the ambiguities of history which hold us back from jingoism. It urges us to work for peace and find better ways of disagreeing, refusing to dismiss those we oppose as ‘the enemy’. The Christ-like thing in faith is the refusal to hate and the hard struggle to be faithful to the commandment: “Thou shalt not kill,” amidst the tensions of our day.