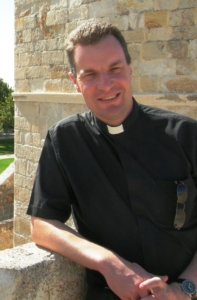 For Lent this year Brentwood Catholic Youth Service is linking with a national project, SiLent. Fr Dominic Howarth, who has particular responsibility for youth ministry, says: “The idea is not at all new – silence in Lent has been a feature since Jesus went into the desert – but this project offers ideas and encouragement for young people to rediscover the value of silence, and raises money to support youth projects. Could there be 100,000 minutes of silence in our diocese in Lent 2018? If this were sponsored, significant funds could also be raised, through the charity Million Minutes, which would then be available to youth projects that applied for the funding.”

The initiative will be launched just before the Youth Mass on Wednesday 7th February and BCYS is encouraging catechists and youth leaders throughout the diocese to bring groups of young people to the Cathedral that evening to hear more. At the event Barry and Margaret Mizen will speak and take questions from 6.30-7.30pm (pizza and drinks will also be provided).

Says Fr Dominic: “The Mizens have a powerful story to share; the day after his 16th birthday their son Jimmy was killed in a random and unprovoked attack in Lewisham. There is, as we all know, an epidemic of knife crime affecting young people in London, and I think our young people would benefit hugely from hearing what the Mizens have to say. They speak powerfully about their own situation, and the rawness of grief, while also offering a message that is full of forgiveness and hope; since Jimmy died, in 2008, they have worked tirelessly to make the streets safer, inspired by their Catholic faith. If you would like to know more, then visit the website www.forjimmy.org. Barry and Margaret have been involved in Million Minutes from the beginning, and For Jimmy is one of the organisations that benefits from SiLent.”

There is a dedicated page for the Brentwood initiative on the Million Minutes website – www.millionminutes.org/brentwood – and the site is packed with articles and information about the value of silence, practical suggestions for young people, and details about collecting sponsorship.

Fr Dominic is encouraging parishes across the diocese to adopt the project during Lent. For more information go to the website above.