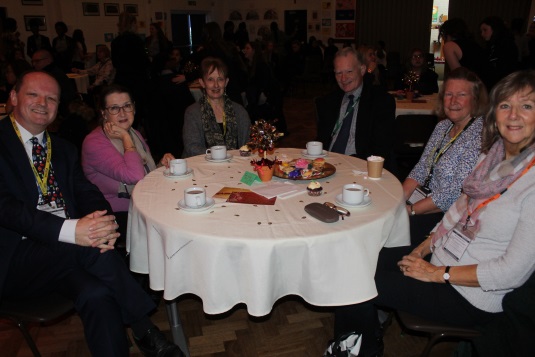 For the second year running, the Student Arts Council of Grays Convent presented their ‘Christmas Cracker!’ event to an appreciative audience.  School spokesperson Maria Taylor said: “The event was put together by the students to showcase their talent and featured a variety of wonderful performances that the girls at Grays Convent have been working on throughout the year.  There were many different acts from comedy, to singing and acting performances.  The girls wowed the audience with festive entertainment, and served refreshments throughout with lots of sneaky treats!”

A number of people, including residents from Bluebell Court Nursing Home in Grays Town Centre, neighbours of the school in College Avenue, representatives of the Brentwood Diocese and Governors and ex-members of staff, were invited to watch the performances; one said that they “…loved the performances and the whole show”.  As well as outside guests, Gold Award students from across the school were chosen to come and watch.  A student in Year 9 said that it was “very good, and I enjoyed it!”

Maria concludes: “The event would not have been possible without the help of Mrs Burrow, the Student Arts Council, and the many students and teachers who gave up their time to organise and run this event.  Well done everyone!”