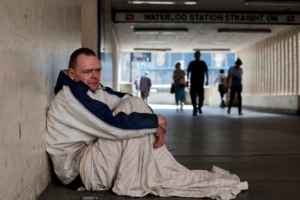 On the eve of World Homeless Day (10 October), shocking figures about deaths among those living on the streets make poignant reading. More than 440 people experiencing homelessness have died on streets or in temporary accommodation in the UK in the past year, an investigation has found.

The figures were compiled by the Bureau of Investigative Journalism (BIJ) as part of their long-term project, Dying Homeless, to count those that die when experiencing homelessness in the UK.

Data shows there were at least 449 deaths in a year – more than one each day. It is acknowledged that the figures are likely to be a substantial underestimate as no official body counts homeless deaths in Britain.

The causes of death were varied, including violence, drug overdoses, illnesses and murder, among others. The average age at death was 49 for men and 53 for women, almost 40% lower than the average life expectancy of 82 years in the UK.

These compelling statistics remind us of the constant danger those living through homelessness face as part of their daily lives, and are released in the same week as World Homeless Day on 10th October, an annual event to bring awareness to the homelessness crisis and encourage people to get involved. 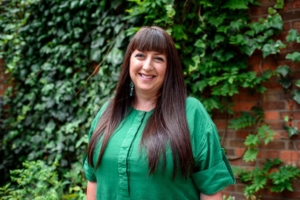 Amanda Dubarry (right), chief executive of Catholic charity Caritas Anchor House, which works with homeless people, says, “We are appalled at the unacceptably high numbers of deaths amongst people experiencing homelessness across the UK.

“We hope these statistics will be a wake-up call to the crisis of homelessness, for both the public and the authorities involved, especially as the colder winter months approach and the danger for these vulnerable people increases.”

Caritas Anchor House is a homeless charity in the Diocese of Brentwood, in the London Borough of Newham – which has the highest level of homelessness in the country. A shocking one in every 25 people in the Borough do not have a place to call home. The charity is the largest service provider for single homeless adults in the borough, and provides a home and support to over 250 people each year.

The BIJ project has prompted the Office for National Statistics to request access to the database to help produce their own estimates on homeless deaths, which they hope to publish this year.

Caritas Anchor House, based in the London Borough of Newham, is committed to supporting those who have experienced homelessness by providing accommodation and life-skills support. Its driving mission is to ensure that those who walk through its doors grow in confidence and move towards leading independent, self-fulfilling lives by providing education, guidance and personal rehabilitation. Registered charity no: 1147794 www.caritasanchorhouse.org.uk