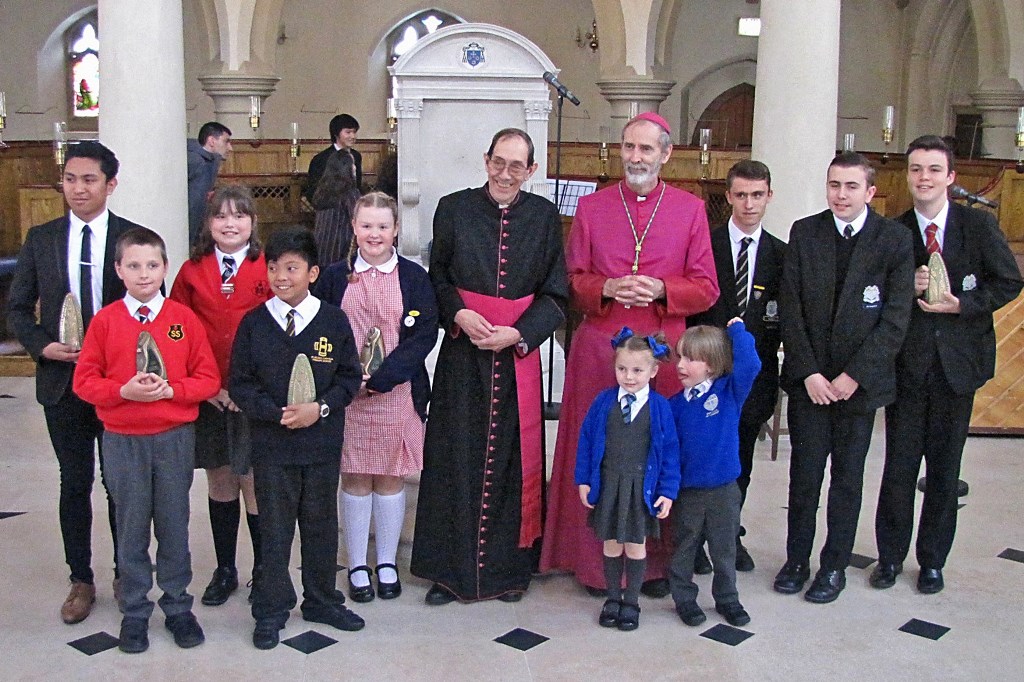 Mgr George Stokes, former long time and much-loved Director of Education for the Diocese of Brentwood, has died after a long illness. He passed away in the early hours of Thursday 27 April. May he rest in peace.

Bishop Alan Williams said: “Fr George served as Diocesan Director of Education with great wisdom and generosity over many years. All of us in Brentwood Diocese and many others working in the wider world of education will thank God for the priestly ministry and witness of Fr George. I would also like to express my sympathy for his sisters and their families at this sad time.”

George Stokes was born in Cape Town, South Africa, in 1941. He came to England as a child, his family settling in Grays, Essex. Baptised into the Church of England, he studied Theology at King’s College, London, and was ordained into the Anglican ministry in 1965 and served as a curate in a parish in Newcastle-upon-Tyne. He was received into the Catholic Church by the Jesuits at Farm Street, London, in 1969 and then taught in a Catholic preparatory school before, in 1970, being accepted as a student for the priesthood by Bishop Casey of Brentwood. He studied at St Edmund’s College, Ware (1970-1972) and at the Venerable English College, Rome (1972-1976). He was ordained by Bishop Casey at the Venerabile on 10 April 1976, alongside another convert to the Catholic Church, Father (now Monsignor) Keith Barltrop of the Archdiocese of Westminster.

Father George was appointed as assistant priest to Monsignor Daniel Shanahan at Our Lady of Lourdes, Leigh-on-Sea (1977-1981). In 1981 he was appointed by Bishop McMahon to the Brentwood Religious Education Service (BRES) Team, also acting as convent chaplain to the Bernardines at Westcliff-on-Sea (1981-1983) and the Ursulines at Brentwood (1983-1986). In 1986 he was appointed as Leader of the BRES Team and also as Administrator (Dean) of Brentwood Cathedral, succeeding Monsignor Christopher Budd, who had held the post for only a few weeks before his nomination as Bishop of Plymouth.

In 1991 Father George was appointed as Diocesan Director of Education, a post he held (together with responsibility for BRES) until his retirement in 2016. He resided at Our Lady Immaculate, Chelmsford (1991-2008) and St Thomas of Canterbury, Grays (2008-2016), in both parishes with Father (now Canon) Brian O’Shea, celebrating Mass daily in both places and becoming much loved by the parishioners. At the reception following the Mass for the Silver Jubilee of his ordination at Chelmsford in 2001 he won cheers and sustained applause from a very large congregation when he described himself as ‘just a lodger’ in the presbytery.

In 2005 he was appointed as a Domestic Prelate (Monsignor) in recognition of his service to Catholic education, nationally as well as at the diocesan level. In the autumn of 2016 he took up residence at Nazareth House, Southend-on-Sea, having being diagnosed as suffering from cancer and undergoing hospital treatment. He died at Nazareth House on the morning of 27 April 2017 in the presence of his three sisters, to whom our deepest sympathy is extended. In the few days before his death he was visited by Bishop Williams of Brentwood and by Bishop Emeritus McMahon.

As very much the ‘seniore’ among Catholic educational administrators in England & Wales for many years, Father George was a veritable ‘fons’ of knowledge and advice: at the headquarters of the Catholic Education Service in London the response to a tricky question needing an answer or expert advice on a piece of legislation over which there was a query was invariably ‘Phone Father George’. Among his recreations was cordon bleu cooking and he was an expert on clocks. Details of his funeral arrangements will be posted when known.