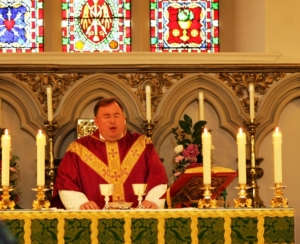 The Rt Revd Hugh Allan o.praem, Prior of the Norbertine Priory of Our Lady of Sorrows and St Philip Benizi, Chelmsford, has been appointed the Apostolic Administrator of the Prefecture of the Falkland Islands and Ecclesiastical Superior of the Mission sui iuris of the islands of St Helena, Ascension and Tristan da Cunha, ad quinquennium (for a period of five years). He was appointed to this post by Cardinal Fernando Filoni, Prefect of the Vatican’s Congregation of the Evangelisation of Peoples.

In recognition of this ecclesiastical appointment, Fr Hugh Allan has also been elevated to the title of ‘Titular Abbot of Beeleigh’ by the Abbot General of the Norbertine Order, the Most Revd Thomas Handgrätinger o.praem. Abbot Hugh Allan will continue to head his community in Chelmsford whilst carrying out his new duties. He will also continue to serve as parish priest of the parishes of Our Lady Immaculate and The Holy Name, Chelmsford.

Falklands and the South Atlantic Mission

As the Apostolic Administrator of the Falklands and Superior of the self-governing Mission to the other UK Territories in the South Atlantic, Abbot Hugh replaces Monsignor Michael McPartland SMA, who has headed both the Prefecture and Mission since August 2002. Having reached the canonical age of retirement and having suffered from ill health, Mgr McPartland recently submitted his resignation so that a successor could be appointed.

Abbot Hugh will now have responsibility for the Catholic community on the Falkland Islands and the other territories, and will continue to support Fr John Wisdom o.praem, who ministers as a priest on the Falkland Islands, and who is a member of new Abbot’s Norbertine community in Essex. Fr John has been in Stanley since August 2015, during which time he has built good relations with the Islanders and with the military community at RAF Mount Pleasant on East Falkland. 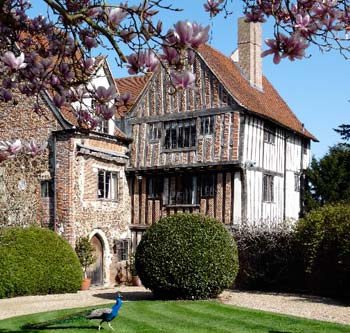 In response to his appointment as Apostolic Administrator and Superior of the sui iuris Mission, the Abbot General of the Norbertines granted Hugh Allan the titular title of ‘Abbot of Beeleigh’. Beeleigh Abbey, a former Norbertine house, was founded near Harlow, Essex, in 1172 and moved to Beeleigh, in Maldon, Essex, in 1180. The Abbey was suppressed during the Dissolution of the Monasteries under Henry VIII. Geographically, it is the closest former Premonstratensian house to the Order’s current Priory in Chelmsford.

Since the Reformation, the Abbey has served as a private house, and the current owners, Christopher Foyle (Foyles Bookshops) and his wife Catherine, are friends of the Norbertines in Chelmsford. They have welcomed the Chelmsford community to their home and, on one such recent visit, the now Abbot Hugh celebrated Mass at the old Abbey.

Upon hearing of his appointment, Abbot Hugh said: “It is with profound trust in the loving mercy of the Sacred Heart of Jesus Christ that I prepare to take up my appointment as the Apostolic Administrator of the Falkland Islands and Superior of the Mission sui juris of St Helena, Ascension and Tristan da Cunha, in succession to the wonderful Monsignor Michael McPartland.

“The day after receiving my letter of appointment, I visited Mgr McPartland in the hospital and he gave me his blessing. He also wanted me to pass on his blessings and his love to the people of the South Atlantic. In November, I will make my first visit to the Ascension Island and then the Falkland Islands. In the New Year, I look forward to making my first visits to Tristan da Cunha and St Helena.”

Reacting to news of Abbot Hugh’s appointment, Cardinal Vincent Nichols, Archbishop of Westminster and President of the Catholic Bishops’ Conference of England and Wales, said: “We are grateful for the generosity of the Norbertine Community in Chelmsford, and especially Fr Allan who will be supporting Fr Wisdom on the Islands and the other missions in the South Atlantic. We are also indebted to the work that Monsignor McPartland has done over the past 14 years. Mgr McPartland has been in poor health for the past few months and we wish him well as the responsibility of the South Atlantic passes over to the Norbertines.”

Responding to the news that a churchman now holds the Beeleigh title for the first time since 1536, Christopher and Catherine Foyle said: “We are delighted that Fr Hugh Allan is now the titular Abbot of Beeleigh!”