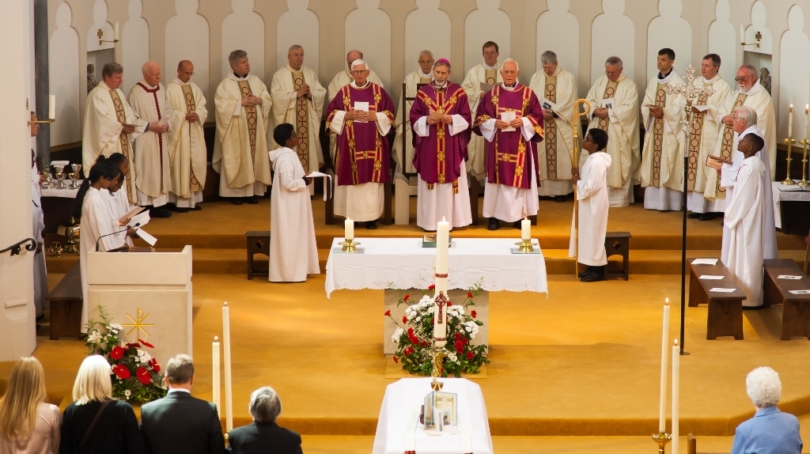 Fr Gerard Butcher’s body was received into SS Peter & Paul’s Church, Ilford on Sunday 25 June at 7 pm. His Requiem Mass was celebrated by Bishop Alan on Monday 26 June at 11 am and followed by burial at St Patrick’s Cemetery.

From 1981-1994 he resided with his sister in Ilford and undertook supply work. Although he retired in 1994, he continued to live in Ilford and to undertake a limited amount of supplies, especially for Father Gerard Hughes at Gidea Park. In 2016 he took up residence at Nazareth House, Southend-on-Sea.