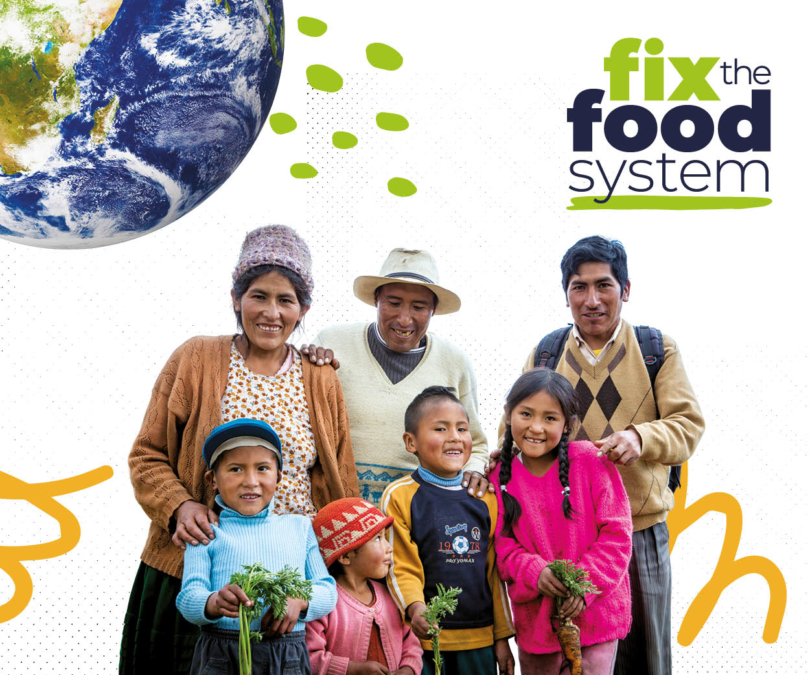 Catholic parishes and schools are being invited to help ‘Fix the Food System’ with CAFOD this year.

Of the 800 million people in the world facing hunger and two thirds of them are agricultural workers. So there’s a very real chance that the people who produce our food do not have enough food themselves.

CAFOD has launched a new campaign called Fix the Food System. It’s about the way the world produces food and how powerful companies (‘agribusiness’) affect small-scale farmers who try to make a living from what they can grow.

The way we grow and distribute food is broken. People go hungry while the planet suffers, and the climate crisis makes the situation even worse. Massive use of pesticides and fertilisers damages the soil, water and biodiversity. Forests and rainforests are cut down or burned to make huge areas available for rearing cattle for meat and dairy or to grow soya to feed the animals that we want to eat. There is a lot of wastage, and huge areas of land are used in the production of crops for profit, often for export to rich nations. Did you know that the food and agriculture sector is responsible for one third of harmful greenhouse gas emissions? We have to make big changes to the global food system.

There is a better way

Different food systems that are good for people and good for the planet can produce abundant results. We know this because communities around the world, including some that CAFOD works with, are proving it. 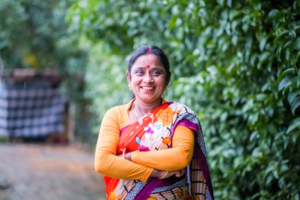 In Bangladesh, farmer Alpona Mondal knows how organic farming has changed her life: “We had not realised just how big a mistake we had made by moving away from the traditional ways of farming of our forefathers. We had become disconnected from nature, but now we are going back to it again. Our village has become a lot greener and healthier after so many of us shifted to organic farming, and the soil has greatly improved. This has had a big impact on the nutrition and health of the families living in this village.”

Be part of the solution

CAFOD’s Fix the Food System campaign is calling on the UK government to support these alternative food systems, rather than continuing to mainly support agribusiness. Parishes and schools in the Brentwood Diocese can take part in the campaign with activities designed to delve into these issues.

In parishes, people can join a 7-station journey to learn more about the injustices of the global food system and prayerfully reflect on its impact on the lives of our sisters and brothers across the world.

Parishioners can also take action by emailing the Foreign Secretary Liz Truss urging her to ensure that the UK makes progress on our COP26 commitments and support alternative ways of producing food that are good for people and good for the planet. Join CAFOD’s campaign and encourage your fellow parishioners at cafod.org.uk/food .

Schools can also join the campaign and urge to the government to step up to the plate and fix the food system. Explore our resources, watch our animation and join our campaign at cafod.org.uk/schools