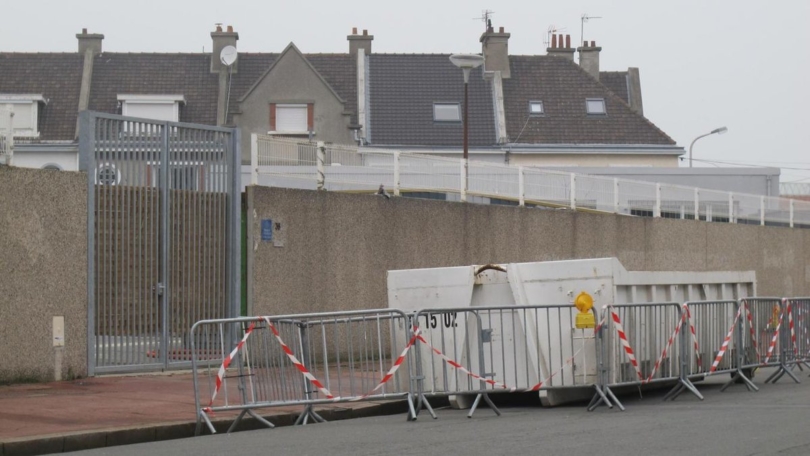 Phil was in Calais again a few days ago. Volunteers there confirmed that there were probably close to 500 migrants around Calais, swelled daily by both fresh arrivals and returnees. The Paris situation is forecast to become yet more dire soon, as people realise that Germany has largely closed its doors. The reception centres across France to which people were distributed upon the destruction of the “Jungle” are now closing, and those who have not applied for asylum will again without shelter and will probably make their way towards Paris and Calais. Anyone found sleeping in the open is moved on by police and their bedding is confiscated and left out in the rain or sprayed with pepper to render it unusable.

Harassment extends to those providing humanitarian aid, especially on the streets of Paris. Secours Catholique is not immune and people were questioned when two young men were found sheltering from the early morning rain beneath a temporary building module while waiting for the Calais Day Centre to open. A full account is available at www.indcatholicnews.com/news.php?viewStory=31923

You will also read the start of another story there, about official attempts to prevent access to showers at the association’s “wardrobe” facility in Rue Moscou. A Town Hall official blocked the entrance with his car, which was replaced by a large rubbish skip. Legal action followed.

After the weekend, a judge in Lille gave the Calais Council 24 hours to remove the rubbish skip. She made no comment upon the legality of the installation of the showers, but was certain that the misuse of the skip was an illegal act. The council said that it accepted the verdict but would continue its efforts to deter migrants from staying in the area. Meantime, 25 people took showers in peace on Tuesday and the skip was removed on Wednesday afternoon.

In the meantime the Council formally instructed Secours Catholique to cease all building work: too late, as shower installation was complete. Councillors fear that Calais will become a stopping point for migrants in transit. A statement said that: “No one denies the distress of people fleeing their country and getting stuck in Calais in the utmost destitution. Today, as in the past, there is no question of the city stigmatising the migrants themselves. Our territory is again penalised by a migratory phenomenon which is not the responsibility of its inhabitants.”

Then, several van-loads of CRS (national riot police, based in Calais for many months) parked nearby. Their official purpose is to stop the activities of people smugglers. Taking care to clear their actions with their superiors by radio, they detained a handful of teenage youths who had intended to get showered. In addition, they arrested a Secours Catholique staff member who was bringing the migrants to take showers, and a journalist. This suggested that the adults were considered to have breached the legal Code of Entry and Residence of Foreigners and the Right of Asylum, which provides that “any person who, by direct or indirect assistance, facilitates or attempts to facilitate the entry, Illegal movement or residence of a foreigner in France shall be punished by five years’ imprisonment and a fine of 30,000 Euros”.

Interviews with the frontier police followed, and apparently everyone had a pleasant hour-long conversation before being released without charge, leaving the youths wandering the streets again, in search of shelter.

Didier Degrémont, regional president of Secours Catholique said that the people detained had arrived in one of their vans when police had prevented its entry to their courtyard, then had checked IDs and taken everyone away. He commented that, the climate in Calais has been tense for some time, “Our actions have always upset the town hall, which is in total denial of the presence of migrants”. But he stressed that the arrest of an employee, along with the migrants and the journalist was a new step. “It has never been of that nature,” he said. He believes that a repressive system is being established around the Calais migrants, with intimidation in operation to prevent Secours Catholique offering showers for kids.

The association’s national president has posed an open question to all candidates in the coming Presidential election saying, “Do you find it normal that public authorities hinder humanitarian action by associations and individuals?” Confrontation continues!

Meantime, warm clothes and bedding are still required, as are volunteers: see below a new appeal for people to assist at the Catholic Worker house of hospitality in Calais (www.eurocatholicworker.org/index.php?id=33).

Our thanks for your concern and support.

Could you help support young refugees in Calais?

Would you like to work with young refugees? Are you open minded and have a big heart (= have a lot of patience) and are you empathetic?

We are looking for people who can do some accompaniment of young refugees in Calais (North of France) and surroundings and take an active role in our house.

For more than a year Maria Skobtsova House has been a Christian community that lives and works amongst the refugees in Calais. Building community with local Calaisians, volunteers and refugees, we have been present in what was called ‘the jungle’, trying to help the most vulnerable amongst the refugees. And even if the refugee camp in Calais has been demolished, more than 400 refugees have already come back to Calais and are in need of help.

Considering becoming a (live-in) volunteer with us?

Short-term: you can dedicate some days (for example a long weekend) or your vacation to work with refugees in Calais; or, on a regular basis, you could come for a number of weekends.

Long-term:  would you like to become part of a Christian community for three months or more and work amongst refugees in Calais?

Tasks in our community are diverse and, for example, include: housekeeping, prayer, cooking, writing, accompanying refugees, helping in English or French, sign-posting, distribution of aid material, befriending. Volunteers will be encouraged to contribute with their own skills and abilities to the work in our community; and also to support and nurture each other.