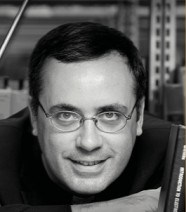 Parishioners in the Essex end of the diocese will have a chance to hear an inspirational talk by renowned scientist and priest Rev. Dr Andrew Pinsent next month. Fr Andrew, who is Research Director of the Ian Ramsey Centre of Science and Religion at Oxford University, was a physicist working at CERN before he became a priest. With a first class degree in physics and a D.Phil in high energy physics from Merton College, Oxford, three degrees in philosophy and theology from the Pontifical Gregorian University in Rome and a further Ph.D. in philosophy from Saint Louis University, he is powerful speaker.

The event has been organised by Fr Mark Reilly, parish priest of the Parishes of Burnham-on-Crouch and Maldon. He said: “So often people can become confused about the relationship between faith and science, thinking perhaps that you have to choose one over the other, but the Church has always been clear that faith and science are not opposed to one another but rather complement each other.”

He added: “Whether you are young or old, please do come along to hear what Rev. Dr Andrew Pinsent has to say – having a doctorate in particle physics, a doctorate in philosophy, being a Catholic priest and working in a Faith/Science think-tank at Oxford University, he has a lot to teach us, I think.”