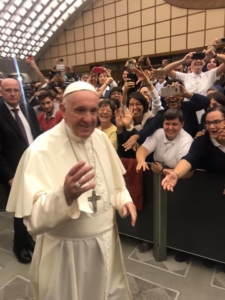 y October pupils and staff from All Saints Catholic School were lucky enough to have been invited to take part in the Catholic Church’s Synod held in Vatican City, chaired by Pope Francis, who wanted to hear young voices and their concerns. They talked about fears and opportunities in their lives and the place of faith leaders and believers in the community. 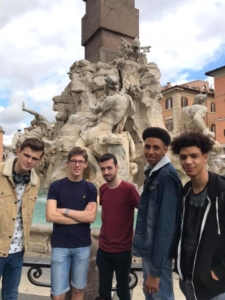 The event itself was the highlight of a tour that took in the sites of Ancient Rome and, of course, Italy’s numerous cuisine hotspots! Pupils also enjoyed Mass with Cardinal Vincent Nichols at the seminary of the Venerable English College – a venue that is the oldest English institution still operating outside of the UK. Their testimony was heard in Rome by esteemed faith leaders and then shared back in school upon their return when everybody wanted to know just what meeting the Pope had been like. 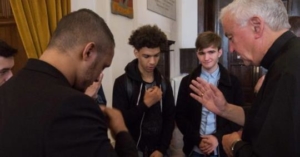 tour leader, recalled: “At a time when much of the world may seem chaotic and threatening, our young people showed that they already have an unwavering commitment to making the world a better place and a very sturdy moral compass. They show this every day in school and even when meeting the Pope!”