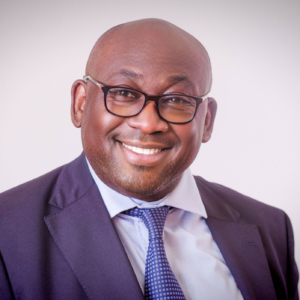 At the age of 12 Stephen aspired to become a barrister after watching a weekly television show. The boy from Thornton Heath, Croydon was inspired by his parents to pursue his dreams despite the limitation placed on him by his teachers.

Stephen has been in private practice as a criminal barrister for 28 years and is a member of Great James Street Chambers in London. As an experienced advocate he has appeared in many complex and serious criminal cases including fraud and murder.

His youth work began over 15 years ago when he took on the role as a Sunday school teacher at Croydon Community Church. His passion for empowering the not so confident and less focused in the group enabled him to build dialogue and trust and mutual respect.

Stephen’s passion has intensified through his involvement as a defence barrister representing young people, many aged 12 to 21 charged with murder and drug offences. He has also worked closely with Urban Synergy mentoring for over 10 years as an ambassador and mentor.

In 2020 he established his social enterprise mentoring platform called Life of Focus. He is the host of the weekly community production -Life in focus- crime prevention.

Stephen is a foundation governor and Trustee at his former Secondary school where he was the school’s first Black Head boy.