Indulgences: what are they and how do they work?

Indulgences – do they still exist?

On 31 October 1522 Martin Luther nailed his 95 Theses to a church door in Wittenburg, protesting at the abusive sale of indulgence to fund the building of the new basilica of St. Peter’s at the Vatican. Many Catholics assume that the practice of indulgences ceased, if not then, at least by the time of the Second Vatican Council. Yet in 1967 Bl. Pope Paul VI issued an Apostolic Constitution ‘to give greater dignity and esteem to the use of indulgences’. Norms were issued the following year. 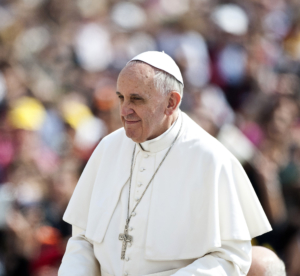 Pope Francis issued an indulgence to young people attending World Youth Day in Rio de Janeiro in 2013. He sees the granting of indulgences as integral to the Year of Mercy.

So what is an indulgence?

Indulgences remain a part of the life of the Church because they relate to the human condition, to the mercy of God and to the role of the Church in dispensing that mercy.

Separation from God, which is the consequence of sin, is dealt with by the absolution granted in sacramental Confession. Yet other consequences can still remain. Traditionally, the Church has spoken of ‘the temporal punishment due to sin’, which we may encounter either in this world or in Purgatory. It is not a question of God inflicting punishment, but rather the natural consequences flowing from sin.

Indulgences are an action of the Church drawing on the infinite merits of Christ, and the merits of the saints, won in the eyes of the Father. ‘An indulgence is a remission before God of the temporal punishment due to sins whose guilt has already been forgiven.’ Pope Francis puts it like this: ‘Despite being forgiven, the conflicting consequences of sin remain … sin leaves a negative effect on the way we think and act. But the mercy of God is stronger even than this. It becomes indulgence on the part of the Father Who, through the Bride of Christ, His Church, reaches the pardoned sinner and frees him from every residue of sin, enabling him to act with charity, to grow in love rather than to fall back into sin.’

If this is ‘indulgence on the part of the Father,’ why does the Church attach conditions?

Indulgences remind us that mercy is pure gift from God, unmerited on our part. Nevertheless, the Church is concerned to demonstrate that indulgences are not something mechanical or superstitious. For Pope Paul VI, they were the means of cultivating a ‘spirit of prayer and penance’ and the practice of the theological virtues. Indulgences are connected to some act of piety or devotion which are a sign of our willingness to receive forgiveness. They are always connected to faith, which is why the Church asks those gaining indulgences to be properly disposed, to pray and to receive the sacraments.

Who can gain, and benefit from, the indulgence?

Any Catholic in a state of grace. They must intend to gain the indulgence. The indulgence can be for the person concerned or be applied by them for the benefit of the Holy Souls.

What are the conditions?

The act specified by the Holy Father for the Year of Mercy is ‘a brief pilgrimage to the Holy Door’.

The normal conditions attaching to an indulgence are:

‘God of everlasting mercy, Who, in the very recurrence of the paschal feast kindle the faith of the people You have made Your own, increase, we pray, the grace You have bestowed, that all may grasp and rightly understand in what font they have been washed, by Whose Spirit they have been reborn, by Whose Blood they have been redeemed. Through our Lord Jesus Christ, Your Son, Who lives and reigns with You in the unity of the Holy Spirit, one God, for ever and ever. Amen.’ 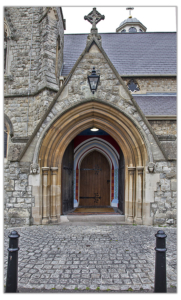 How long do I have to fulfil the conditions?

It is only possible to gain one indulgence per day, but otherwise we can obtain the indulgence throughout the Year of Mercy.

I am unable to visit a Holy Door. Am I precluded from obtaining the indulgence?

No. Pope Francis wishes the indulgence to be obtainable as widely as possible. The sick and the housebound may still receive the indulgence by receiving Holy Communion, or attending Mass or community prayer – even by the various means of communication.

Prisoners may receive the indulgence in their prison chapel. In their case, the door of their cell may serve as the Holy Door.