The BBC has unveiled its Christmas broadcasting schedule, including Carols from King’s College, Cambridge, Songs of Praise: The UK’s Favourite Carol – and a Catholic Midnight Mass on BBC One from Clifton Cathedral. 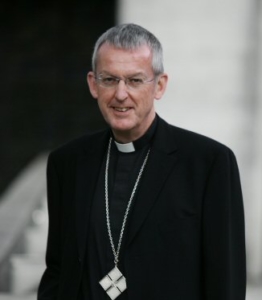 The traditional Christmas Eve celebration of Midnight Mass will be televised from the RC Cathedral of St Peter and St Paul, Clifton, Bristol. The Bishop of Clifton, the Rt Revd Declan Lang, will preside and the Mass will be introduced by Canon Bosco MacDonald, Cathedral Dean, who will also preach. Socially distanced choir members will sing well-loved carols including O Come All Ye Faithful, Silent Night and Hark! the Herald Angels Sing. The Mass setting is Missa Universalis, composed by the cathedral’s director of music, Richard Jeffrey-Gray and the organist is Stephen Bryant.

Whilst church services are limited at the moment, Sunday Worship returns on Advent Sunday (29 November) for six weeks on BBC One with services from across the UK.

On the final Sunday in Advent, Songs of Praise’s UK’s Favourite Carol comes from the glorious surroundings of St Paul’s Cathedral in London with performances from an array of stars including Italian opera singer Andrea Bocelli.

This year sees the launch of the first joint BBC Radio 2 and Songs of Praise Young Chorister of the Year 2020 competition. From Gorton Monastery in Manchester, the Revd Kate Bottley with Katherine Jenkins and Aled Jones host the search for the best young singers in the country.

Alongside the live services for Christmas Eve and Christmas Day on BBC One,  the much-loved Carols From King’s will be broadcast on BBC Two.

Other interesting programmes include:

Catholic composer Sir James MacMillan will consider the faith lives of four very different composers on BBC Radio 4. Over the centuries, composers have created musical masterpieces which many listeners have come to regard as spiritual touchstones. For example, Tallis’s motet Spem in alium, Wagner’s opera Parsifal, Elgar’s oratorio The Dream of Gerontius, Bernstein’s Mass. But what did these composers actually believe about God, faith, compassion, an afterlife and redemption? And do we need to share these beliefs in any way, to have a spiritual experience as listeners to their music?

The iconic pose of the Madonna and Child is celebrated in art but we are told very little about her in the Bible. Joining Ernie Rea to discuss the Virgin Mary is Prof Tina Beattie, Director of the Catherine of Sienna College, the University of Roehampton; Mona Siddiqui, Professor of Islamic and Interreligious Studies at the University of Edinburgh; and His Eminence Archbishop Angaelos, Coptic Orthodox Archbishop of London.

The BBC says: “The Christmas Like No Other project looks back on a difficult year and shares stories of grief, hope and compassion through the Christian faith, other faiths and people of no faith.  As part of National Grief Awareness Week (2-8 December) messages from faith leaders will be shared and there will be coverage of a special Evensong from St Paul’s Cathedral on 8 December including the lighting of the dome in yellow to reflect the Good Grief Campaign.”

The full schedules for Christmas broadcasting on the BBC are available here: https://www.bbc.com/mediacentre/mediapacks/christmas-religion