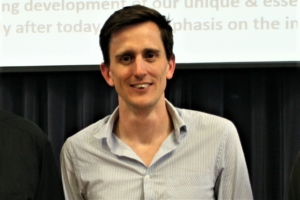 The idea, originally devised by our co-founders Daniel Curtin (right), Nicky Pisa, Stephen Davies, and Daniel Hale, was based on the simple premise that if they could get people to stay silent for a million minutes, and raise a pound a minute, then they could raise a million pounds and they could give that money to projects supporting young people to take action in their community. For Daniel Curtin especially, it was a lightbulb moment: “For me, it had to be something that was really useful at that time. I wanted us to raise some money to put back into really good youth ministry work in the Church and enable young people to take their rightful place and get involved.”

And from that moment, Million Minutes was formed. Since 2011 the group has gone on to raise tens of thousands of pounds, used to help fund youth-led social action projects across England and Wales. And with the world irrevocably changed since COVID-19, these social action projects have enabled young people to make a change in their local communities, at a time when it is most needed. For 18-year-old Shanea Oldham, a Million Minutes award winner from the Diocese of Brentwood, the money raised from siLENT has helped her launch Your Life, More Life, a social enterprise project made up of young artists, creatives, and academics who share a vision of peace and unity in their local community. Shanea felt personally motivated to create this project, after having witnessed firsthand the devastating impact knife crime was having in her local area of Newham. The hope is that the project will be taken into Primary and Secondary schools, pupil referral units, and out into the community. 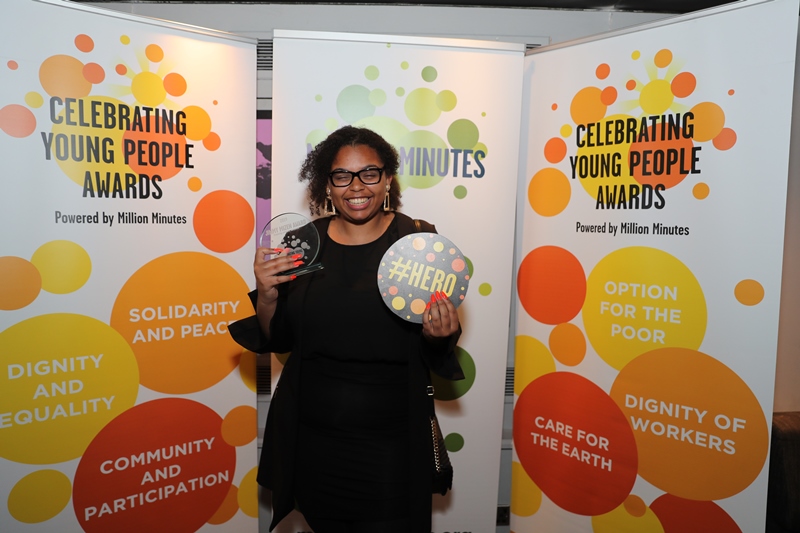 Shanea says: “The slogan – Your life, More life – represents peace. ‘More life’ is a Caribbean phrase meaning to wish someone a blessed life. ‘Your life’ was important, as to me a lot of young people don’t think that their life matters and I want them to know they matter, be hopeful. The grant by Million Minutes has given me the ability to help people in a unique way and for that I am extremely grateful.”

Shanea’s story shows us how powerful young people are, and how we, as a society and as a Church, need to invest in them, and give them the time and energy they deserve.

In Lent 2021 (17 Feb – 3 April) Million Minutes is being joined by 42 representatives and counting from parishes, schools, religious organisations, and retreat centres across England and Wales, who together are collectively creating 1,000,000 minutes of deafening silence, standing in solidarity with young people. One of these participants is Joseph Beattie from Brentwood Catholic Youth Service. He says: “Our young people need our support now more than ever. I urge you to take real time this coming Lent to give up the things that fill your lives with noise and restlessness. Not only will you allow time for silence, but the sponsorship you raise over Lent will also enable Million Minutes to make a real difference to young people, like Shanea, whose future prospects have been crushed with the onset of COVID-19.”

Daisy Srblin, Director of Million Minutes, says: “The world has changed this year – and we know that Generation Z will be some of the worst-affected by the impact of Covid-19. Their education, employment, and future prospects are all suffering. Their future hopes are being crushed. Yet young people’s voices are not being heard. They are not in the rooms where choices about the future are being made. As a Church we can stand together and look to the future with hope and include all our voices. We can support young people to be prophets of hope and restore our world. Join us this Lent, and help us create 1,000,000 minutes of silence as an act of solidarity with young people.”

Sign up now at: millionminutes.org/silent (Webpage includes free resources for parishes, schools, and individuals including resource packs, PowerPoints, and meditations) or make a donation to Million Minutes.