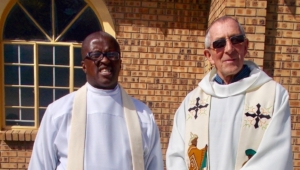 Fr Gerald Gostling, who has spent the last 15 years serving in our twinned Diocese of Dundee, South Africa, writes.

Let me attempt a simple outline. The unrest is far more complex and nuanced than I can put briefly but here is what is really happening. It is helpful to know the context while dealing with the immediate needs of the many who suffer from this unrest.

Following the 1994 democratic elections in South Africa the country did really well economically until about 2008. That was also the year that Jacob Zuma was elected President of the ANC. At that point in time there was among many people a disquiet. But no one understood at that time the extent of the corruption and weakening of Government institutions that would follow. We do not have any clear idea of the extent of what was stolen during the Jacob Zuma years, other than it was a stupendous sum of money which the country could not afford, and in any case the corruption was criminal.

Eventually however the internal tide within the ANC started to slowly turn against Jacob Zuma. On the 18th December 2017 Cyril Ramaphosa was elected as the president of the ANC and also subsequently became the President of South Africa. It was a narrow margin of victory – but it was victory.

The strength and hope of Cyril Ramaphosa is that he is fundamentally a principled man. It is clear to everyone that he is determined to clean up the history of corruption that has been seen since 2008. It is a mammoth task! Several steps have been taken by him and the ANC under his guidance to give effect to this.  One thing that he has done was to establish a Commission chaired by Raymond  Zondo, who is the Deputy Chief Justice of South Africa. The purpose of this Commission is to investigate the corruption issues and to expose them publicly.

What is important to understand is that Jacob Zuma has his powerbase in KwaZulu Natal, where the riots have been at their worst. This is also, as the name tells you, the home territory of the (warrior) Zulu Nation, in which Jacob Zuma is a prominent figure.

Within the Jacob Zuma camp individuals set about instigating the so-called protests, riots, and looting that have been seen on the media. They targeted as a ‘spark’ the problems of poverty and inequality in South Africa to achieve their ends. That spark was fanned into a flame!  Also in many areas in South Africa, and of course around Durban in KZN, there are many poor people living in extremely poor conditions adjacent to commercial complexes and very well-to-do gated communities – this provided an ideal combination to target. Also to manipulate the thin divide of tolerance between races. Audio files were quick to do the rounds encouraging people to attack and destroy what are perceived to be white and white-owned businesses. In the end though many black businesses and so people have also suffered considerable losses.

The gameplan was to create a situation which would force the hand of Government. Ideally it would result in an over-reaction  by the security forces, with the result that many of the poor (front line) and the vulnerable would be killed – which is what happened at Marikina a few years back, and no one wants a repeat of that. If that did occur it would likely force the resignation or the removal of Cyril Ramaphosa as President, meaning that the Jacob Zuma camp would have achieved their objective. This is one reason why the security forces have been so careful not to use excessive force in dealing with the rioters and the looters.

At the time of writing there is still much instability in KZN and certain parts of Gauteng Province. What is now emerging quite clearly is that the gambit by the Jacob Zuma camp has failed. South African society of all kinds has turned its face against this insurrection. In effect an attempted coup has failed. The South Africans have pulled together for the common good. Local residents have come out in force to defend their malls and other facilities. Every colour and race has joined in, and they are well armed but very restrained. Over several days they have repelled the army of rioters who were determined to loot and destroy. Some locations were not able to mobilise the people fast enough or lacked the leadership and had their malls and other facilities destroyed.  For example, in the Dundee Diocese this has been the case in Ladysmith, Ezakheni, Blaauwbosch. The situation is a sad time for South Africa. Several people have died in the troubles and many communities will suffer for a long time.

There are many challenges in South Africa but this situation which is major and serious is a test of democracy and the rule of law. We have to wait patiently to see what opportunity for growth this will provide.

Please do pray for the Twinned Diocese of Dundee and pray for South Africa. Pray we shall rise to the challenge of helping the poor who are the ones who suffer most and are the least able to defend themselves. They are beautiful people who live and witness a peaceful life. 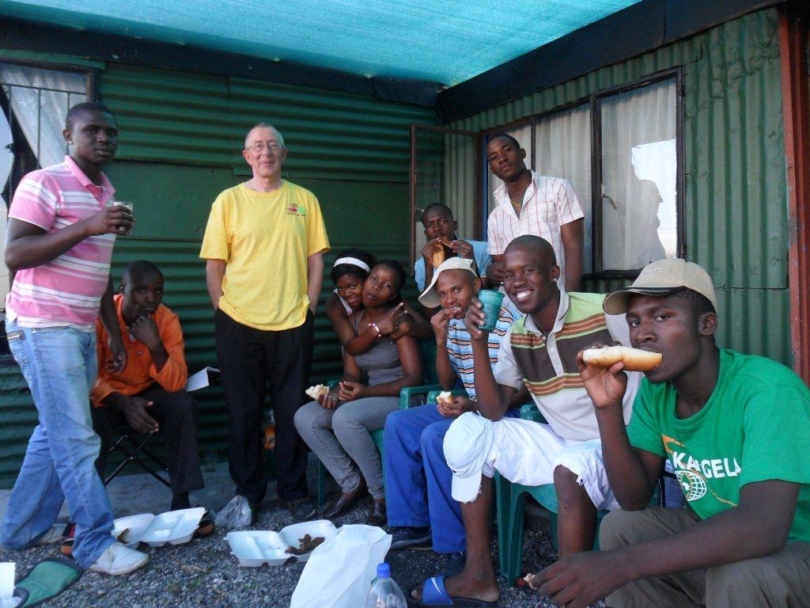