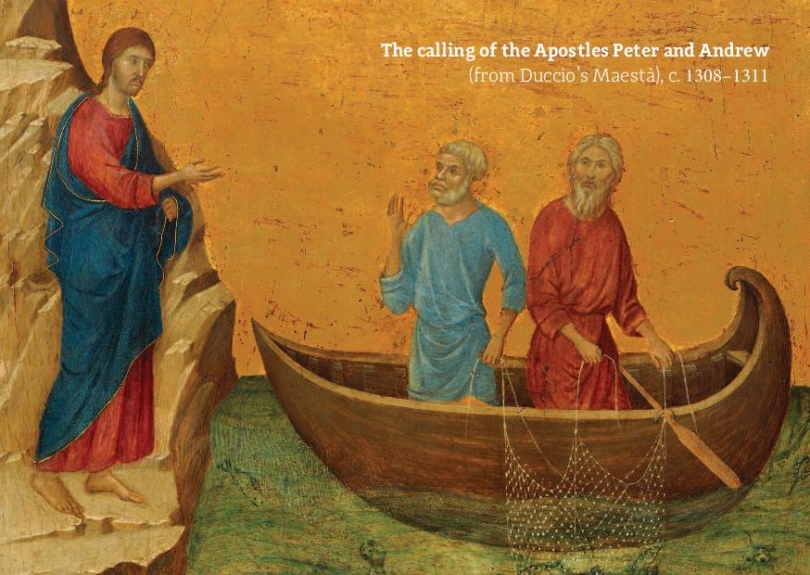 This Sunday is Good Shepherd Sunday when we traditionally pray for vocations to the priesthood for our diocese.

Usually on Good Shepherd Sunday the seminarians travel to parishes to speak about vocations.  This year three of them, Michael Barwick, Jonathan Burden and Deacon Paschal Uche have recorded video messages in place of this. You can watch them on YouTube with the following link: https://bit.ly/3aGVQp9.

Fr Mark Swires, vocations promoter for the diocese, is encouraging parish priests to speak about their own journeys and experiences of priesthood on social media and when live streaming Masses or sending out newsletters.

“I think we can’t overestimate how helpful and encouraging this can be to someone who is considering a vocation. We can sometimes be reticent to talk about how special the priesthood is – for fear of putting ourselves on a pedestal. But in fact the priesthood is an amazing gift which it is very good for us to talk about – despite our knowledge of our unworthiness and failures.”

Fr Mark has been a priest for 15 years and is not only parish priest at Brightlingsea and Wivenhoe but also chaplain at Essex University.  He feels priesthood is an immense privilege. “It is about the salvation of souls – about trying to help people to know God and live in union with Christ. And there is always something new. What gives me most satisfaction is being with people, wonderful people, bringing them the sacraments and helping them to be close to God.”

The university chaplaincy gives him opportunities to be creative. “I enjoy that side of ministry – helping people who are at a critical time of their life to make good friends, fit into their university and bring their Catholic faith with them. The students often say that they are more religious at university than they are at home. It is about fitting them into a community where they feel happy and can practise their faith in a more natural way.”

His role as chaplain has huge potential for the promotion of vocation – whatever that looks like, he says. “We need a culture of vocation,” he says, “where people are encouraged by priests, teachers, friends to find out what God is calling them to do, to ask the question like Samuel, “Speak, Lord, your servant is listening…”, and to discern their vocation – whether priesthood, religious life or marriage. As vocations promoter, my role is about encouraging and helping people to ask this question and to discern what God is saying to them.”

Fr James Mackay, parish priest at Custom House, has been in the news recently, talking about his work as a chaplain with patients and families at the NHS Nightingale.  “To be a symbol of that love which triumphs over death is so important. That is what we are here for. This is why I was ordained a priest,” he says.

His ordination in  2009 in St Margaret’s Convent Chapel in Canning Town was the culmination of a journey which began when he was eight years old. He recalls: “We became Catholics then and when I first went to the chapel I wanted to become a server. Then I found myself drawn to what the priest was doing; I decided that I wanted to become a priest.” After that there wasn’t a moment when he didn’t sense the call to be ordained, he says. 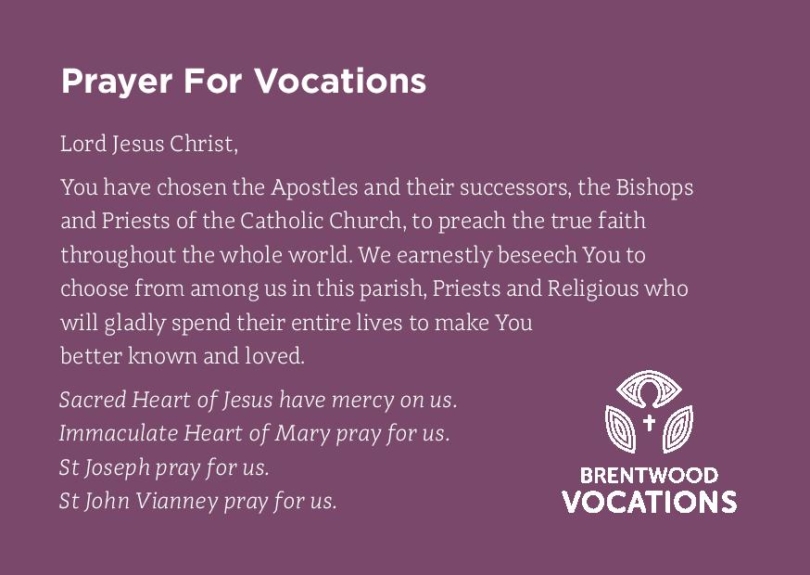 And other priests in the Diocese have similar stories to tell. Fr Daniel Kelly works in a team ministry at Basildon and has been a priest for nine years. Generally, he and Fr Rick Hernandez cover the three churches in Basildon, serving around 1,200 people but the pandemic has changed their routine dramatically. “I am on-call at Basildon Hospital two days a week and we have been trying to keep the parish together virtually, via a Facebook account, twitter and Youtube. We have set up a Whatsapp account for the parish and developed a foodbank. Fr Rick and I deliver to people who need it.” Masses are said daily and either posted on Facebook or streamed via Zoom. A weekly newsletter goes out on the website and is delivered to those who do not have internet. Thankfully, parishioners are donating to the parish via the diocesan website, he adds.

“I absolutely love being a priest,” says Fr Dan, with a deep chuckle. “It is all I have ever wanted to do – since I was two years old. I have a sense that it is the reason why God put me on this earth. It is about being there for people in times of joy and sorrow – and in times like these (the pandemic) you realise how important that role is.”

He recalls his parish priest Fr Terry Howes as an ‘amazing’ influence as he grew up in Southend. “He was such a lovely man – all the children would rush out of the pews at the end of Mass to hug him. He died when I was 14 and the last thing I told him was that I was going to be a priest.”

He also owes a debt to Fr Tom Lavin. “He did so much to help and support me – especially when I was bullied at school.” That experience left him with quite a fear of young people, he recalls, but thanks to time spent with Fr Dominic Howarth and BCYS at Walsingham House he now loves working with youngsters. 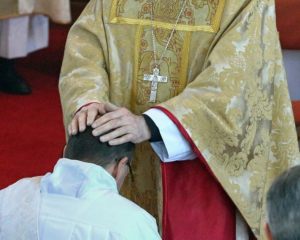 Dominic Howarth, well known to many young people in the diocese, echoes the sentiments of Fr Dan in regard to priesthood. “Every day is different – and as a priest you have the enormous privilege of being with people at the most significant periods of their lives – joyous ones like weddings and baptisms, but also times of illness, sadness and loss. It is a privilege to minister to them in the name of Christ – and learn from them; making Christ known but also meeting Christ in them.”

For some, the call comes later in life. Fr David Pearce was ordained in 2017 at Lexden. He had briefly considered the idea of priesthood back in university days before going on to be an accountant. “When my dad died in 2003, I realised how much I had been doing the accountancy for him.” After he took redundancy in 2007, David took his mother to Lourdes because she was nervous about travelling alone. The sheer joy in service of the BCYS young people struck him then. “And it was while standing at the Rose Basilica when the ‘Salve Regina’ began that I felt the call to do something about my vocation,” he says.

He does not regret his career before priesthood. “Nothing is wasted in life,” he says. “As an older man you have a certain credibility when people take you into their confidence as a spiritual director or simply for advice. Life experience is very valuable as people feel that you understand and can identify with their issues.”

The diocese holds regular evenings for those who would like to enquire about a vocation to the priesthood. At the moment these are being held online. Please get in touch with Fr Mark Swires at [email protected] for more information.

Fr Mark says: “We currently have nine seminarians in training and the diocese has accepted two men to train for the priesthood, beginning this year. We also have a number of promising enquirers at the moment.”

So how does he help someone discerning vocation?  “There is an initial stage, followed by an application process if a person is considered suitable to apply. In the initial stages, it is all about getting to know someone,” he says, “in a general way, we look at religious and human qualities. Does this person believe and practise the Catholic faith? Do they have an understanding of priesthood? And can we help them to discern for themselves whether God may be calling them.

A person will often have a sense of God speaking to them, in a slow way, over time: a little voice that keeps coming back at quiet times. Are they a balanced character with the right human qualities – can they talk to people, are they reliable and kind – and do they possess a certain amount of humility? That is necessary if they going to be able to listen to God and be able to change.”

The vocations team, spiritual direction and a person’s own life of prayer helps them to listen to what the Holy Spirit is saying, he adds.

To find out more go to Brentwood Vocations