The ‘Celebrating Young People Awards’ are open for nominations. They are being offered as an opportunity to respond to Pope Francis’ recent letter, ‘Christus Vivit’.

Million Minutes CEO, Danny Curtin explains: “Pope Francis has written to the young people of the world, calling them to ‘fight for the common good, serve the poor’ and to bring about the ‘revolution of charity and service’. He calls on the Church to support and encourage all young people in their mission. These awards are a timely opportunity to respond to the Pope’s call, and to show the young people in our midst that we value their commitment to bring the Gospel alive in the world today”.

The awards honour the achievements of young people across the country who make our communities and the world a better place. There are six award categories, which take their inspiration from Catholic social teaching and recognise the enormous, often unseen, social action of young people. 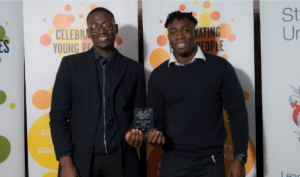 Georges Wisoba (24) and Lucien Nzabandora (25) from St Vincent’s parish in Nechells, Birmingham received the Joseph Cardijn award in 2017. Lucien is encouraging others to nominate young people this year.  Reflecting on the difference the award made to him, he explained: “Receiving the Joseph Cardijn award meant everything to us. Just the thought of being recognised and shortlisted was more than what we could have asked for. The award increased our confidence. The greatest thing for me was seeing so many young Catholics, especially those making changes in their communities come together for an evening of celebrations”. 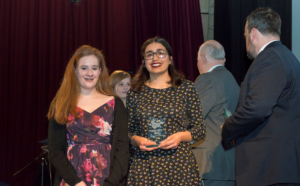 Zoë Ray (18) and Hannah Rai (18) from St Mary’s Catholic School in Newcastle received the 2017 Jimmy Mizen award for their commitment to promoting peace and solidarity among young people of different religions and backgrounds. Zoë is urging this year’s award nominees to be confident in themselves and their successes. She says: “Take your nomination as a sign you’re doing something right. Use this confidence to take your causes further. Set bigger goals, be ambitious. Remember you have a community behind you and you are on the right track. Overall be proud of yourselves, I am thankful there are young people today who are working to secure a more peaceful future, and moreover, making the world a better place.” 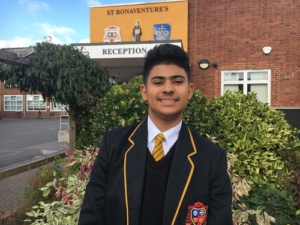 Our own Ethan Suppaya from St Bonaventure’s in Forest Gate won the St Josephine Bakhita award, which celebrates human dignity, in 2017. Ethan’s social action and extraordinary commitment helped raise awareness of the plight of refugee families in London. Basketball crazy, he decided to organise a basketball match to support local refugees and migrants. When asked by a teacher why he got involved, “he said it touched a nerve with him and he felt he had to try and help”.

Parishes, schools and individuals are invited to nominate young people aged 11-25, who will all be invited to a ceremony in London’s West End in July. Cardinal Vincent Nichols will be the guest of honour and will present the Pope Francis Award, the overall youth award.  There is also a category for inspiring youth leader.

Nominations can be made at www.millionminutes.org/awards. The deadline for nominations is the 24 May 2019.